When the Chevy SSR pickup hit the streets, there was just no doubt that it would be a hot future collectable. Built in limited numbers, the retro-styled, retractable hardtop convertible pickups were only manufactured from 03-06. To some, thats rare enough, but for those who truly want exclusivity, along with a BIG dose of style and power, this 2003 Chevrolet SSR Supercharged Yenko Wildfire edition is the ultimate prize. While not an official special edition anointed by GM (GM didnt acquire the rights to the Yenko name until 2008, and has done little with it sense), twelve of these SSRs were commissioned to be built by Bill Rea as an homage to the great Don Yenko muscle-car creations from many years ago. Bill Rea was a close friend of Don Yenko, and he built several vehicles under the Yenko-Wildfire Commemorative Series in the 2000s, ranging from modern Corvettes to Camaros to Monte Carlos (and more), and his shop set out to build these beefed-up machines just like Don Yenko wouldve built them if he were still alive. That muscle car spirit lives on in this special SSR, with a powerful 5.3L Supercharged V8 under the hood, a custom two-tone paint job complete with bespoke Yenko-Widlfire graphics, and good preservation with only 11,456 actual miles on the clock.

Originally wearing Code 8555 black paint, the story goes that this commemorative SSR (along with however many of the other twelve were actually finished) was shipped to legendary painter Bobby Wiles, where it was then transformed into the two-tone beauty we see today. The colors are Black Onyx over Diamond White Pearl, separated with a red pinstripe and punctuated by airbrushed flames on the front fenders and doors. Strongly influenced by the Advance Design pickups of the late-40s, the retro look is one of the SSRs best features, and this custom paint job and lowered stance really take it into streetrod territory. The horizontal grille, the rounded fenders, and the deep-draw rear fenders that suggest a stepside box are all design cues that take us back in time, but when that top goes down we forget all about the 3100. At the same time, the advanced materials that form the body of this truck are what made it practical to build, and with just 11,456 original miles, it remains in very good overall condition. The finish is extremely nice, with only minor imperfections acquired over the last 20 years, most of which could easily be remedied with a professional buff-and-wax. Its never been hit according to the clean carfax so everything fits together the way they set it at the factory. 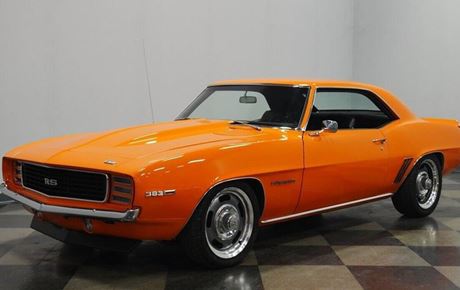 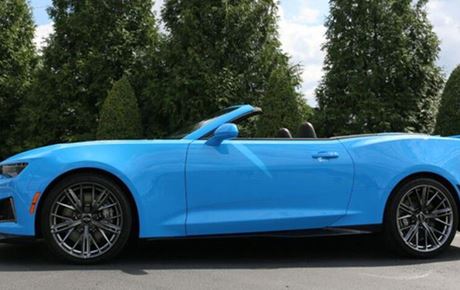 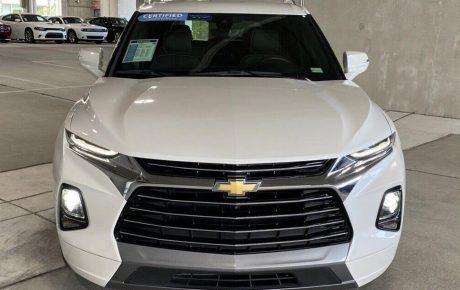